Add to My Calendar

Grants starting at $50,000 to USA tribes and tribal organizations to address the opioid epidemic impacting tribal communities. Applicants are advised to verify or create the required registrations well in advance of the deadline. Funding is intended to increase access to culturally-appropriate and evidence-based treatment including medication-assisted treatment (MAT) using one of the three FDA-approved medications for the treatment of opioid use disorder (OUD). The intent is to reduce unmet treatment need and opioid overdose-related deaths through the provision of prevention, treatment and/or recovery activities for OUD.

Grantees will develop and provide opioid misuse prevention, treatment, and recovery support services for the purposes of addressing the opioid abuse and overdose crisis within the tribes. This service array should be based on needs identified in the Tribe’s strategic plan. Grantees will be required to report expenditures for all activities and ensure available resources within the tribe are leveraged for substance use prevention, treatment, and recovery support services to avoid duplication of efforts.

In addition to these treatment services, grantees will be required to employ effective prevention and recovery support services to ensure that individuals are receiving a comprehensive array of services across the spectrum of prevention, treatment, and recovery.

For information on required activities, allowable activities, and other expectations, see pages 7-12 of the FOA: https://www.samhsa.gov/sites/default/files/grants/pdf/tor_2019_final.pdf#page=7

Funds will be distributed noncompetitively based on the distribution in Appendix K of the FOA (pages 77-81).

SAMHSA intends that its services programs result in the delivery of services as soon as possible after award. At the latest, award recipients are expected to provide services to the population(s) of focus by the fourth month after the grant has been awarded.

- Indian Tribe, as defined at 25 U.S.C. § 1603(14) is any Indian tribe, band, nation, or other organized group or community, including any Alaska Native village or group or regional or village corporation as defined in or established pursuant to the Alaska Native Claims Settlement Act (85 Stat. 688) [43 U.S.C.A. § 1601 et seq.], which is recognized as eligible for the special programs and services provided by the United States to Indians because of their status as Indians.

- Tribal Organization, as defined at 25 U.S.C. § 1603(26) is the recognized governing body of any Indian tribe; any legally established organization of Indians which is controlled, sanctioned, or chartered by such governing body or which is democratically elected by the adult members of the Indian community to be served by such organization and which includes the maximum participation of Indians in all phases of its activities. Provided that in any case where a contract is let or grant made to an organization to perform services benefiting more than one Indian tribe, the approval of each such Indian tribe shall be a prerequisite to the letting or making of such contract or grant.

- Urban Indian Organization, as defined at 25 U.S.C. § 1603(29), operating pursuant to a contract or grant with the Indian Health Service is a nonprofit corporate body situated in an urban center, governed by an urban Indian controlled board of directors, and providing for the maximum participation of all interested Indian groups and individuals, which body is capable of legally cooperating with other public and private entities for the purpose of performing the activities described in [25 U.S.C § 1653(a)].

A consortia of tribes or tribal organizations are eligible to apply, but each participating entity must indicate its approval. A single tribe in the consortium must be the legal applicant, the recipient of the award, and the entity legally responsible for satisfying the grant requirements.

All applicants must register with NIH’s eRA Commons in order to submit an application. You can find additional information about the eRA Commons registration process at
https://era.nih.gov/reg_accounts/register_commons.cfm.

Applicants must also register with the System for Award Management (SAM) and Grants.gov (see PART II: Section I-1 and Section II-1 in the specific SAMHSA Funding Opportunity Announcement (FOA) for all registration requirements).

It is strongly recommended that applicants start the registration process six (6) weeks in advance of the application due date.

View this opportunity on Grants.gov: https://www.grants.gov/web/grants/view-opportunity.html?oppId=316792

For a list of application documents, see the Package tab (press Preview) on the grants.gov link above.

Before starting your grant application, please review the funding source's website listed below for updates/changes/addendums/conferences/LOIs.

See the full text of this grant

Fundraising and Publicity Opportunity for USA, Canada, and International Nonprofits for Cult...

Fundraising opportunity for USA, Canada, and International nonprofit organizations to host a jazz concert held in honor of their organization or cause. Applicants must contact the funding source prior to applying. In addition to funds raised through concert ticket sales

Grants to USA nonprofit organizations to reduce social inequality and promote solutions to the climate crisis. Eligible programs will address the areas of racial and economic justice, corporate and political accountability; voice, creativity, and culture; and an inclusi

Grants to Alaska nonprofit organizations, schools, colleges, cultural centers, museums, and tribal organizations for educational opportunities in eligible regions. Funding is intended to provide access to high-quality education for native adults and children who are ori

Grants of up to $6,000 to Alaska nonprofit organizations, schools, colleges, tribal organizations, and individuals to promote the culture of Native Alaskans in eligible regions. Funding is intended to support projects that further the traditions of these peoples, preser

Grants of up to $3,000 to USA and Canada nonprofit organizations for projects to protect wildlife and natural habitats. Funding is intended for campaigns to save specific species and ecosystems. Eligible activities include public policy work, litigation, advocacy, and d

Grants to USA and Canada individuals and families with low-income for financial assistance. Types of assistance include financial support to offset emergency expenses or to cover the cost of regular monthly bills. Funding is intended for workers and households that are

Grants to USA Nonprofits and Agencies for Community Improvement Initiatives

Grants to USA, Mexico, and Haiti Nonprofits, Agencies, and For-Profits to Assist Underserved ...

Grants to USA, Mexico, and Haiti nonprofits, for-profit organizations, and government entities for programs and services that improve the quality of life for underserved children. Focus areas include working families, equitable communities, and thriving children. The Fu

Donations & Sponsorships to USA Nonprofits & For-Profits for Education, Literacy, and the Ar...

Grants to USA nonprofits for activities that positively impact people around the world and their communities. Support is primarily given to programs in the areas of architecture and the arts, education, addressing the needs of underserved communities, and scientific res

We have grants for 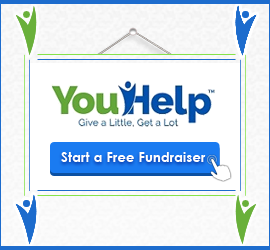 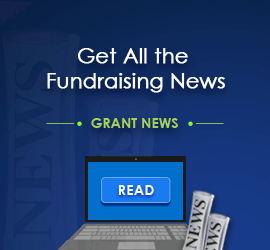 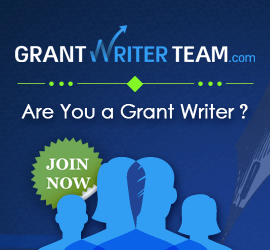 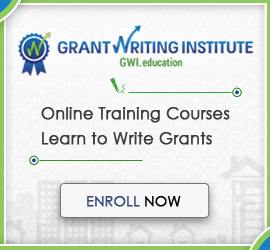 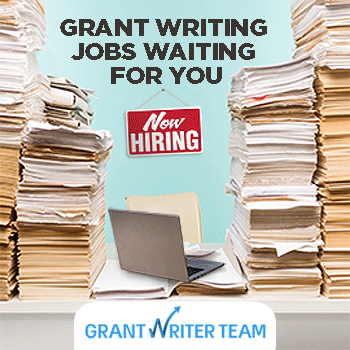